In 1978, Surya magazine, with Maneka at the helm, published a two-page spread of then Deputy PM Jagjivan Ram’s son in a ‘compromising position’.
Facebook/Varun Gandhi 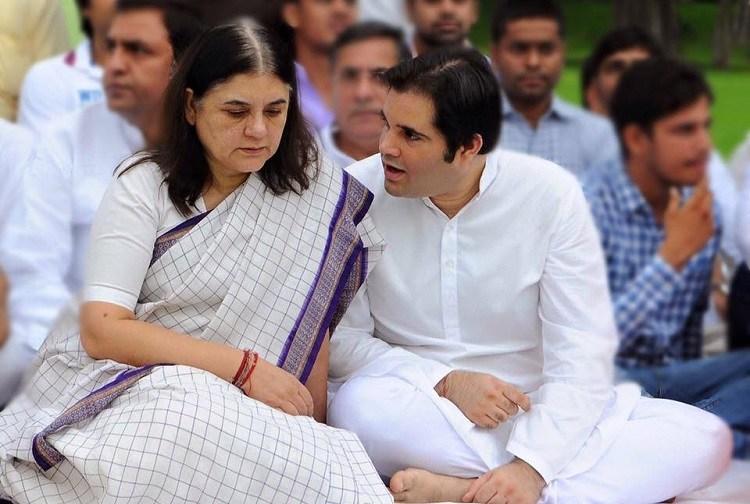 For Varun Gandhi and his mother Maneka Gandhi, the recent allegations that Varun had been “honey-trapped”, photographed in compromising positions and blackmailed for defence secrets, must feel like a giant case of deja vu. After all, as editor of Surya magazine, Maneka had used just such a scandal to wreck the political career of Jagjivan Ram.

While Varun denied all of the allegations, arguing that as a young first-time MP, he had not had any defense secrets to be blackmailed for, the BJP’s decision not to intervene in the issue and leave Varun to his own fate, only added fuel to the fire.

Rewind almost 40 years, and the first ever political sex scandal broke around the then Deputy Prime Minister Jagjivan Ram’s son Suresh Ram. While pictures of 47-year-old Suresh in the amorous embrace of a 21-year-old Delhi University student were reportedly available with most newspaper and magazine offices, only the Surya magazine went ahead with publishing them.

“The photographs came to us also. But we refused to publish it. It was sleazy and in bad taste”, Inder Malhotra, associated with one of the English dailies, had said. “It was politically motivated and a bad game to be trapped in.”

The magazine, with Maneka at the helm, splashed the pictures across a two-page spread, under headlines that read: “Sushma Pawn in International Spy Ring”, and “Defence Secrets leaked to Chinese embassy?”.  What’s more, the magazine also ran special print runs of the issue, publishing an estimated 1.2 lakh copies, of which 20,000 were to be sold in Delhi alone.

While the scandal was a much-needed boost for the falling circulation of Surya magazine, the reasons for carrying the pictures were explicitly political. Jagjivan Ram, the Dalit face of the Congress Party for over 30 years, had ditched Indira Gandhi to join the Janata coalition and was even seen as a strong contender for the post of Prime Minister. Once Suresh’s pictures hit the stands, that hope blew up in Jagjivan’s face.

Eerily, it’s the same set of allegations that have come back to bite Varun, and in somewhat similar circumstances. At a time when Varun Gandhi was being touted as a potential Chief Ministerial candidate for the BJP in Uttar Pradesh, the accusation that he had been honey-trapped could easily have been politically fatal.