God knows what really happened. With SO MANY MANY fake rape charges floating around, with so many many rape cases being “settled” for money, it’s impossible to know the truth behind these allegations.

However the truth is that, Veteran actor Mithun Chakraborthy’s son’s wedding has been cancelled after police arrive at the venue (Ooty hotel) to investigate rape charges

His wife and son are on anticipatory bail !

What a sad state of affairs.. How very sad

All Alfas have to remember one thing…. they will ALL GET hit with such cases, unless they urgently join the men’s rights movement and fight severely AGAINST fake cases, Fake Rape, Fake Dowry, Fake DV and the whole lot of fakes

The wedding of Mithun Chakraborty’s son was called off on Saturday after the bride’s family left after police arrived to investigate a rape case against the groom.

By Press Trust of India 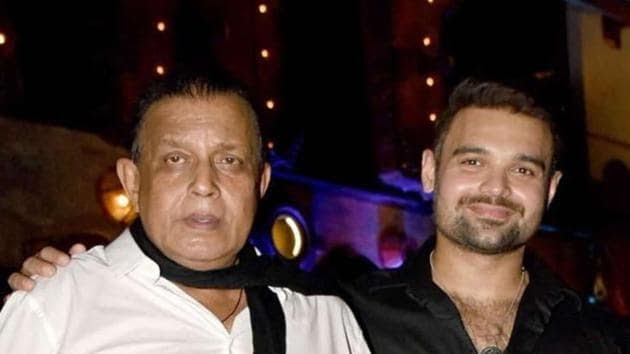 Mithun Chakraborty’s son was set to get married on Saturday.

The scheduled marriage of veteran actor Mithun Chakraborty’s son was cancelled on Saturday following the arrival of a police team to investigate a complaint of rape and cheating filed by a woman against the groom, police sources said.

The development came even as a Delhi court today granted anticipatory bail to Chakraborty’s wife Yogita Bali and their son Mahaakshay aka Mimoh in the case.

Mahaakshay’s marriage was to be conducted today at the actor’s posh hotel in Udhagamandalam (Ooty) in Nilgiris district of Tamil Nadu.
After the arrival of the investigating team, the ceremony was cancelled and the bride’s family left the place, police said. Further investigations are on, they said.

On Thursday, the Bombay High Court had refused to grant any interim relief from arrest to Bali and Mahaakshay.

After the duo moved the Delhi court, Special Judge Ashutosh Kumar today granted the relief to Bali and Mahaakshay saying they have deep roots in society and are not likely to abscond.

A court in Delhi had earlier this week said prima facie there are sufficient grounds for registration of an FIR against the actor’s wife and son, and to proceed further in accordance with the law.

Following the order, Mahaakshay and his mother approached the Bombay High Court seeking pre-arrest bail or an interim relief from arrest till the time they approached the concerned court in the national capital.

However, the court dismissed the pleas and refused to grant them any interim relief and said the duo could approach the court concerned in Delhi for pre-arrest bail.

In her plea, the complainant had alleged that Mahaakshay had cheated and raped her after being in physical relation with her for around four years on the pretext of marriage.

The woman alleged that when she became pregnant, Mahaakshay had given her some medicine which led to an abortion.

In her complaint, she claimed that Bali had threatened her of dire consequences if she continued the relationship. The complainant also said she moved to Delhi from Mumbai as she feared for her life in view of threats made by Bali and her son.