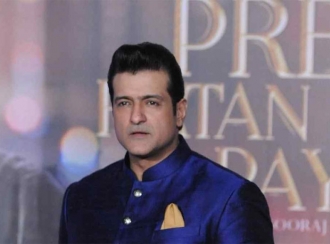 The Bombay High Court on Friday quashed an FIR against Bollywood actor Armaan Kohli for assaulting his girlfriend.

Armaan was arrested from Lonavala on Tuesday after an FIR was lodged by his live-in partner Neeru Randhawa for assaulting her physically.

“The High Court has directed the superintendent of Arthur Road jail to release him (Armaan) as the matter has been quashed and nothing remains pending,” Armaan’s lawyer Lakshmi Raman told IANS.

The case has been quashed after Armaan paid a hefty compensation to Neeru.

“It is a full and final settlement between Armaan and Neeru, where he earlier paid an amount of Rs 50 lakh and today he paid two post-dated cheques of Rs 25,000,” Raman said.

The High Court judge also demanded an affidavit from Armaan saying he regrets whatever happened and that he will never attempt such an act ever again.

According to Raman, this affidavit was submitted in the court on Friday.

what’s her problem if men are celibate or MGTOW or single or whatever ?

///Former CEO of Reddit and board director at Flipboard, Ellen K. Pao, challenged fellow Silicon Valley executives Wednesday to address a malicious subgroup of young men potentially within their ranks.////

////Her Wednesday tweet asked, “CEOs of big tech companies: You almost certainly have incels as employees. What are you going to do about it?”//

more at
whaaat ? just because a person is an incel (celebate) he is malicious ??

Due to the recent spate of false cases, fake alimony claims against husband, arrest of elders / sisters and other anti family moves which invariably lead to many years lost and / or huge alimony settlements, increasing number of men are deciding to live unmarried.

A new term called MGTOW or Men going their own way, has been coined by such men, representing their state / decision.

… Well actually NOTHING will happen to you ! You will be happy and richer in most cases. If you have ANY doubts on me saying that, visit the nearest family court or civil court and look at all the matrimonial cases and alimony / child support paid

While on this subject some people also ask, WHY not change these laws ? why not change the way courts work, why not involve in peaceful protests against anti male cases and arrests ?

This list is long. All this will take minimum 2 decades or more … so back to basics “….lemme be MGTOW till then …” !!