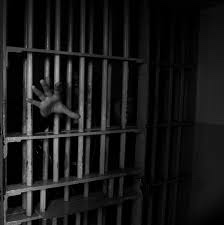 Over six years after he was arrested in the city and incarcerated in the aftermath of his wife’s suicide, a now 36-year-old techie has been granted bail by the Bombay High Court this week.

Nanded resident Vijay Thorat (in inset), who was working with a software company in Pune at the time of the incident, was arrested by Hinjawadi police on November 20, 2012, after his wife killed herself by slitting her wrist a day earlier.

The HC, while releasing him on Tuesday after half a dozen years, considered the delay in the commencement of his trial in the lower court.

Problems between the couple had begun much before the suicide. According to a complaint filed by the father of the deceased back in 2008, his son-in-law had intended to buy a row house at Nanded and demanded Rs 2 lakh for the same from his wife, who passed this demand on to her father. The latter had paid Rs 1.5 lakh to the couple, and claimed he continued to send money on and off to the couple, also paying them another Rs 2 lakh in 2010, when they moved to Mumbai. The father claimed similar demands were made over the next few years, and alleged that his daughter was not just harassed for money by Vijay, but also his family. His plaint detailed that she was eventually forced to take up a job, but later asked to move to Nanded with her in-laws, while Vijay once again shifted to Pune.

The father said that when he had gone to visit his daughter in Nanded, he was told the couple did not get along too well, and that his daughter kept arguing with the whole family. The father demanded that she be sent back to Pune — when his plea was rejected by the inlaws, he took his daughter back to Parbhani.

A month thereafter, the woman was sent to Pune — and soon, the father received a call saying that his daughter had inflicted cuts on her wrists and died.

Following this, the Thorat family was booked under sections 498A (cruelty), 304B (dowry death) and 34 (common intention) of the Indian Penal Code (IPC). Vijay was arrested in November 2012 and has since been lodged in jail.

However, the Thorats has systematically denied all the accusations. Speaking to Mirror, Vijay’s father Sambhaji Thorat said, “My son did engineering and Master of Business Administration (MBA) courses. He was working at a good post — and then, for the last six years, he has suffered a lot. We were falsely implicated in this case by our daughter-in-law.”

He claimed that the complaint filed by the woman was false, and that the real story is very different.

“Her behaviour was not good. So, we tried to convince her family to look after her. We also found some incriminating phone calls and chats of hers which we submitted to the court. Using political influence, our family was harassed and suffered immeasurably,” asserted the senior Thorat.
Advocate Satyam Nimbalkar, who represented Vijay, told Mirror, “Earlier, the HC rejected my client’s bail plea, but gave direction to the lower court for a speedy trial. However, there has been no further progress in that trial for more than six years. Maximum punishment provided under section 304 (B) is life imprisonment. The accused has already suffered imprisonment for this much time. He underwent a spell of depression and even tried to commit suicide in jail. There is no evidence of dowry death against him. Earlier, we had submitted two bail applications that were rejected by the court. Again, we moved a bail plea on the ground of change in circumstances and brought to the notice of the court that there is no progress in the trial. This submission was considered by the court.”

The HC bench of Justice Nitin Sambre, while granting bail to Vijay, considered the fact that the charges were framed against the accused in 2015, but that it appears the trial did not proceed ahead thereafter.