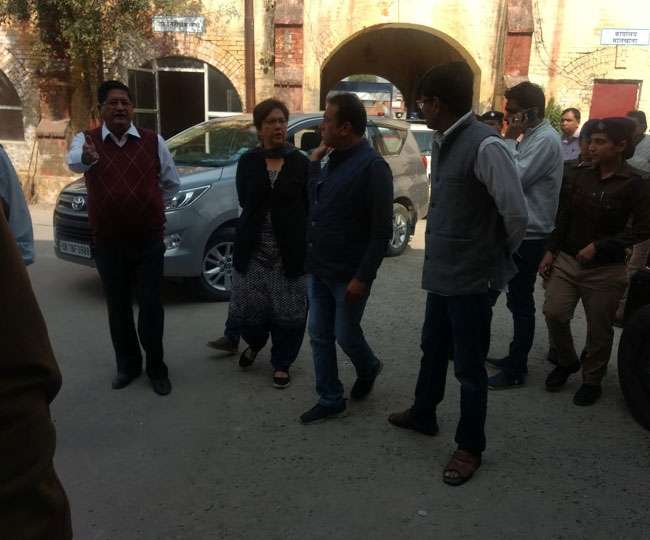 Kashipur, JNN Former Congress spokesman, PCC member and Mayor’s post candidate Mukta Singh and husband Ravinder Singh have been arrested by the police. Five cases of dowry harassment were registered on the family including Mukta Singh. Her son’s wife had accused Mukta and her family for demanding two lakh rupees in dowry and an endangered car. On receiving the notice of the arrest, Kotwali police arrested Mukta and husband. Here, Mukta Singh’s father Chaudhary Samarpal Singh is a cooperative minister in the Congress government in Uttar Pradesh. At that time, Uttarakhand did not separate from Uttar Pradesh. He has also been Minister of State.

Priyanka’s daughter Mahesh Verma, who lives in Girilal road of Kotwali area, gave a complaint at the Women’s Helpline on November 8, 2017, that she was married December 4, 2011, under Hindu customs, with Shashank Singh, son Ravinder Singh alias Ravi Singh.

All went well till the wedding. After that the in-laws started torturing for dowry.

////15. It may be seen from the aforesaid judgments that the Supreme Court has expressed its concerned with regard to false implication of husband and his relatives in the cases under section 498-A of the Indian Penal Code by disgruntled wives. It has also been held that the tendency of falsely implicating even those relatives of husband, who lived separately and in different cities is also growing. It has been held that if there are no specific and credible allegations against, with necessary particulars against the relatives of the husband, they should not be made to suffer the ignominy of a criminal trial.

In the instant case, as we have already seen that there are specific allegations against husband Shrikant and his father Sudama Prasad who lived together in the matrimonial home of the complainant along with her. Thus, the power under section 482 of the Code of Criminal Procedure cannot be used to stifle their prosecution. However, so far as remaining applicants/accused persons are concerned, none of them lived together with the husband and father-in-law in the matrimonial home of the complainant. Moreover, there are no specific and credible allegations with necessary particulars, against them. Only omnibus allegations shorn of even basic details, have been leveled; therefore, in the opinion of this Court, they should not be made to undergo the rigmarole of a criminal trial. Allowing trial to proceed against the aforesaid relatives would be travesty of justice and abuse of process of law. As such, exercise of extra-ordinary powers of the High Court reserved under section 482 of the Code of Criminal Procedure, is called for.
/////

Shrikant Tamrakar and others
Vs.
State of Madhya Pradesh and another

India was the RICHEST nation of the world up until 1000 years ago ! First the invaders screwed us ! Now Feminists are trying to screw us.
We will win over all these Terrorists and looters . WE WILL regain our glory ! We shall prevail, Dharma shall prevail

Rajdeep – Did You get any compensation for Mandsaur firing

All the villagers started shouting – Jhoot bol raha hai .. 1 crore cash compensation was given to him by State Gov