It is open secret that the leftist support feminists and are ANTI India.

NOW, The leftist state police is also seem to supporting this feminist who is hell-bent on desecrating a holy shrine. 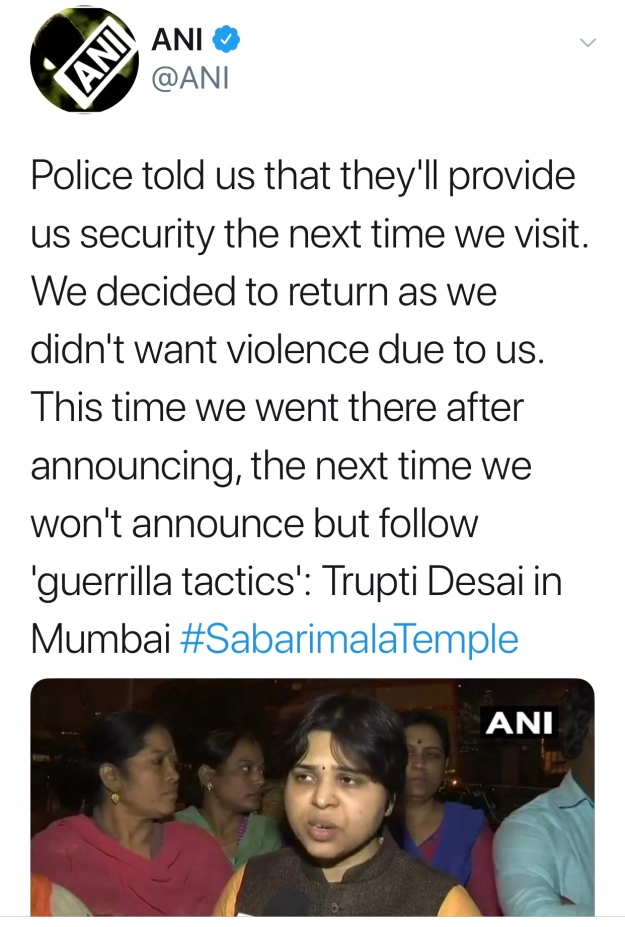 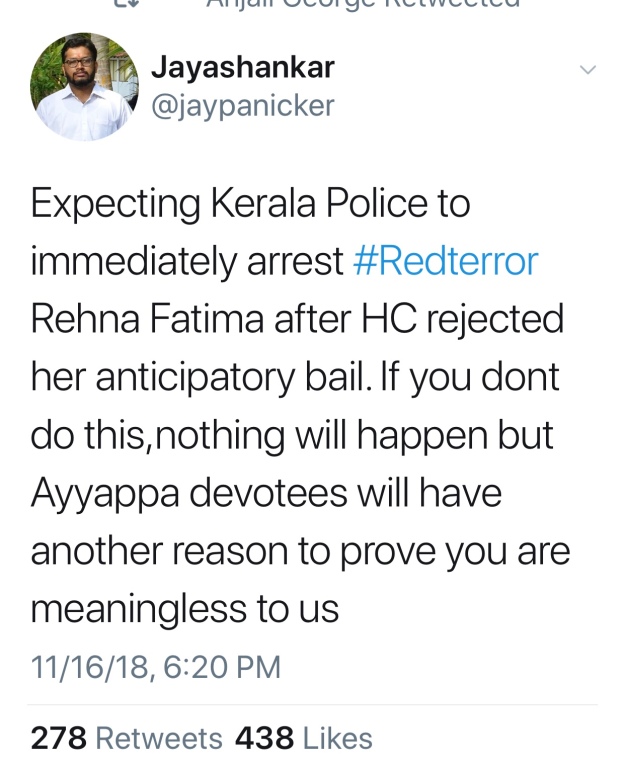 Women are often given enough time to scout around for bail, get all sorts of sympathy, get enough support before they are ever questioned or arrested by the police. More so if they are feminist women with some standing.

Husband one Mr Annamalai Aged 42 and wife Ms SuGuna Aged 36 were living near Salem. They have two children out of this wedlock

The wife who is working as a village administrative officer had illicit relations with some revenue official in her department.

She wanted to kill her husband as the husband questioned about her illicit relationship.

Two days ago when the husband was fast asleep she had tied his hands and tried to suffocate him with a pillow. Husband escaped miraculously and Husband is now admitted to hospital. He has filed a police complaint.

Wife has absconded and the police are searching for her. 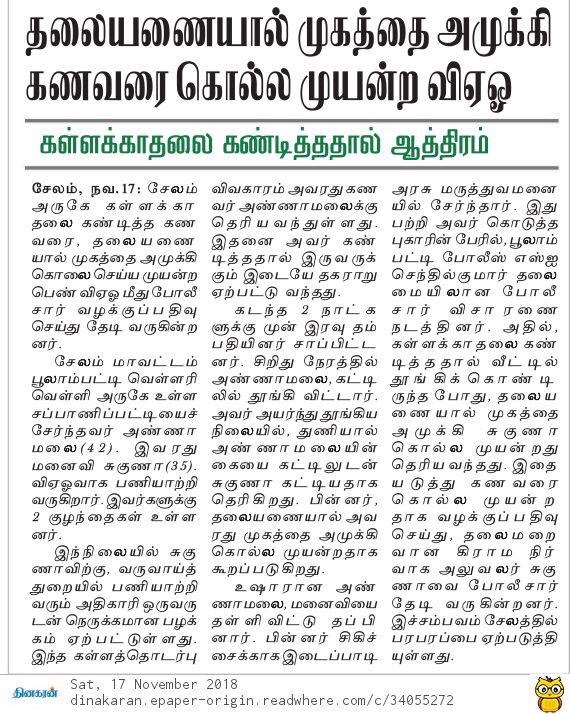 Kerala Finance Minister T M Thomas Isaac on Thursday said that the Sabarimala issue will impact the state’s finance and the rebuilding activities of the state, which recently witnessed the worst natural disaster in the last 100 years.

Speaking to the media, he said that there is a campaign that nobody should put money into Hundials. “This could bring down the income of these temples. This will increase the financial burden of the state government, as it has to meet the financial requirements of the temples,” he said.

Besides, the visiting pilgrims usually spend one or two days more in the state after paying visit to Sabarimala and this means that they will spend more in the state. But this is also expected to take a hit. Even otherwise, the number of visitors to tour the state has significantly reduced. This will have an impact on trade and commerce.

While it is not a direct loss of revenue to the state government, it will have an impact on the livelihood of people and the post-flood rebuilding activities, he told a regional channel. The heavy flood took a toll on hundreds of lives and left thousands losing their properties. Post Disaster Needs Assesment Report (PDNA) of the United Nations (UN) has assessed that the state has undergone a loss of around Rs 310 billion due to the flood.

With the Bharatiya Janata Party (BJP), Congress and various devotee groups protesting against the entry of women in a certain age group into the Sabarimala temple, the law and order situation in a few districts has remained tense for the past few weeks and with the pilgrim season expected to begin in November, the tension is expected to escalate. While the ruling party claimed that an all-party meeting held today was a success, the Congress disagreed and said that since the government was not ready to agree to its conditions, the talks were not successful.

Earlier, the Travancore Devaswom Board officials have said that from Sabarimala, the Board used to get around Rs 4 billion, of which around Rs 2 billion is spend there itself. The Board has 1258 temples and many are sustaining because of the revenue from  Sabarimala. The flood has impacted around Rs 1 billion in Pamba, which is the main route to the temple situated in a hill.
— Read on wap.business-standard.com/article/current-affairs/sabarimala-issue-will-impact-kerala-s-finance-and-rebuilding-activities-118111500810_1.html

You need an “Order” to light phoolJadi before you temple and another “order” to see your beloved beloved kid, that too with time restrictions

Are we free men ? Is this the freedom we have ?? Why aren’t ppl seeing the strangle hold the “system” has on us ?? 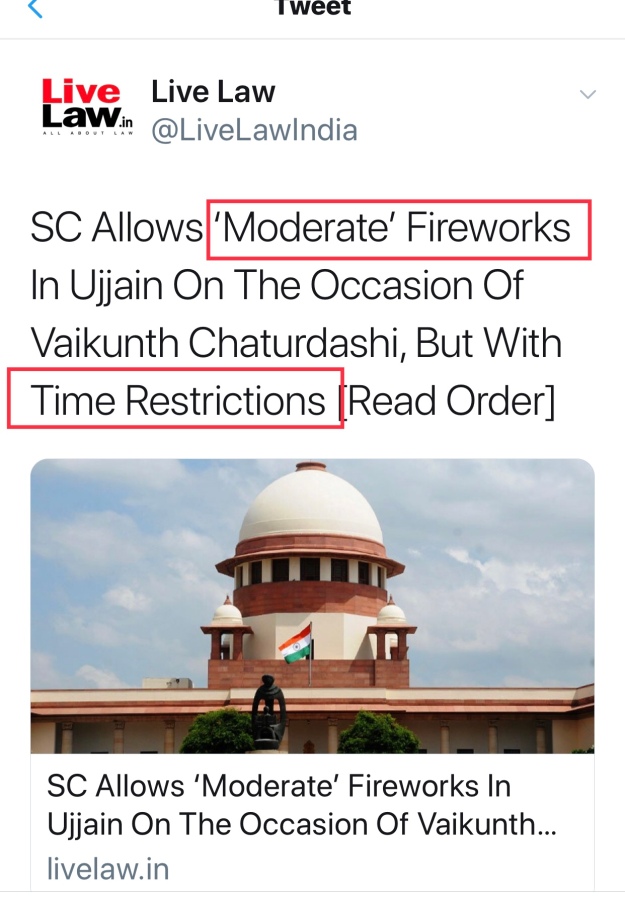