#MeToo in India: I was raped by the man leading protests against the Kathua sexual assault; he’s now out on bail
India Anonymous Oct 20, 2018 10:34:33 IST
Comment 0
Tweet
Editor’s note: Firstpost does not publish articles without the author’s name. We are making a second exception to this norm in view of the #MeToo movement’s urgency. The editors have established that this account is indeed that of the survivor, and the chain of events leading up to the assault, as described by her, are verifiable.

In January 2018, an eight-year old girl child belonging to the Gujjar-Bakarwal community was raped and murdered in Rasana, Kathua. The chargesheet of the police that came out in April stated that the abduction, rape and murder occurred after “accused Sanji Ram decided to put a plan to dislodge the Bakarwal Community from Rasana area.” The crimes against the girl were bolstered by institutional impunity; BJP Ministers in the J&K government participated in rallies defending the rapists while some members of the Kathua Bar Association tried to prevent the police from filing the chargesheet.

During these months, an activist from Jammu rose to prominence as an anti-rape crusader leading the cause of justice for the Kathua rape victim. Even before the chargesheet was filed and the details of the grisly case had begun to surface on social media, this activist was invited as a speaker on different platforms including student leaders’ conventions in universities such as JNU, AMU and MANUU. He spoke about not just the rape case, but also the extant vulnerabilities of the Gujjar-Bakarwal community with reference to the Forest Rights Act.

This man came to JNU as an invited speaker on March 27. After that day, he kept in regular touch with some of the students who had invited him. Those of us who were closely following developments in the case were also concerned about his personal safety; due to his activism, he was attacked in Udhampur on April 13. Thereafter, he returned to Delhi in mid-April to get an order ensuring his police protection passed by the Supreme Court. At that time, he also visited JNU campus to meet and talk to his new acquaintances.

I was one of those students who had invited him to JNU campus. But subsequently, in his personal conversations with me, he proved to be very invasive of personal boundaries. He asked me a lot of questions about my family, my research work, and my political beliefs. I would not have minded any of this had he not abruptly asked me one day to do “nikaah” with him. This was in mid-April, just after his second visit to JNU. I told him that it is a very inappropriate thing to ask me. But he did not stop calling me. Often he would call me late at night; while I enquired about his safety and whether he had been given adequate protection from possible attacks, he would ignore my concerned questions and describe his sexual fantasies about me.

But more was to follow. On 27 April, he messaged me to say that he would be arriving in Delhi that evening and that I should meet him. I did not want to; instead, I went out for dinner with some of my friends. But he called me and insisted that he would come to JNU itself to meet me. I told him that it is not possible to meet him, since there were disturbances on campus as a result of an anti-conversion documentary (‘In the Name of Love’) that was screened by ABVP, after which many of the students had gone to Vasant Kunj police station to register complaints of being attacked by ABVP members. Even while I was at the Vasant Kunj PS with my friends, he kept calling me non-stop, insisting that I should return to campus at once because he was waiting outside the north gate for me. Despite my explaining to him the seriousness of the situation on campus, he persuaded me to leave my friends and see him. He called me 40 times that night (I noted this on my call log the next day).

Eventually, I gave in, and went to meet him, ignoring my own uneasy premonition of danger. I asked a friend to drop me outside the JNU main gate; he was waiting in a rented car a little distance away from the gate. He asked me to get inside the car and I obeyed him. After half an hour’s drive, at 12:30 AM, we reached a lane in the Batla House locality. My feeling of ominous unease had peaked by now but there was no way I could escape; I found myself in unfamiliar surroundings late at night and the only way forward was in the direction my predator took me.

He ushered me into a one-room flat on the second/third floor of a building. I knew what was going to happen next: he would demand sex from me, I would refuse to give consent, and he would end up raping me. My fears turned out to be right.

That night, mine was NOT a feeble no. I threatened to expose him to all my friends in JNU, I pleaded with him, I even physically wrestled against his brute strength; but my resistance seemed too frail compared to his brutality. I remember crying in pain; but instead, he mocked me, saying “Tum bohot naazuk ho.” All the while he raped me, he kept insisting that he would do “nikaah” with me, as if by declaring his intention to marry he would legitimise what he was doing.

It is important to pause and dissect the claim of “intention” that rapists make. Men steeped in misogyny and rape culture always justify their actions by claiming that the INTENTION behind their action had been correct, that the problem lay merely in not being able to match intention with action, and that they should be judged by intention alone and not action. This is a nonsensical claim, designed to manipulate the rape victim. The man who raped me had one clear intention: to take advantage of me and sexually abuse me. But since the reality of such brutal intention must be camouflaged, he declared that he intended to marry me. His declared intention (of “nikaah”) was not just to deceive me, it was also intended to assure himself that he is not from the same category of the men who raped and murdered the eight-year old Bakarwal child.

There may be a partial truth to this. What he did to me was not a hate crime; he did not attempt to kill me after raping me. His crime was not conspired to terrorise a marginalised community. But justice for rape victims must not “compare” greater or lesser crimes; if justice were to turn crimes into measurable quantities and condone those of “lesser” weight, every criminal would point to another criminal with greater number of crimes to his name and thereby shield himself with pretended innocence.

This is exactly what has happened: in view of the fact that this man has acquired fame and media glory in agitating for justice in the Kathua rape case, his apparent innocence remains unshaken. His image as a courageous Muslim man hunted by an anti-Muslim state has not been tarnished even after triple charges of domestic violence and attempt to kill his wife for dowry and allegedly raping a female relative. Male activists like him are inevitably elevated to pedestals, where their crimes against lesser mortals become invisible.

I am aware of the dangers of speaking up about this celebrity “activist” raping me. My testimony may be used by those forces which are bent on distorting the facts of the Kathua rape case and letting those rapists off the hook. This is the apprehension which forced me to remain silent for more than five months. Had it not been for the ‘Decolonial Feminist Statement on #metoo in Kashmir’, with its caution that “those who support the movement for Azadi must be wary of dismissing women’s complaints and brushing them under the carpet in the name of protecting the resistance”, I may even have swallowed my humiliation and kept my silence for ever.

Just before I wrote this account, this “activist” was granted bail after two months of being jailed for allegedly raping a female relative. While his release was celebrated by people concerned about him, I received news from some JNU friends that I am not his only victim; there are possibly several others. Therefore, my testimony stands in utmost solidarity with all those nameless survivors who have suffered like I have; all of us happen to be Muslim women.

My courage to speak up in protest to the crime committed against me stems from my suffering. I have suffered from not just bodily injury but also mental trauma; my suffering has led me to believe that I have been abandoned by any source of care and this in turn has led to self-inflicted harm. A week and a half ago, I made more than 20 gashes on my left arm, straining at the blunt knife blade to deepen the cuts. The scars still remain. I hope by the time they heal, I will have regained my sense of self-worth that has been extinguished by a rapist masquerading as an anti-rape figure.

I hope that my testimony against this man will be believed and I will not be condemned in the court of public opinion which lionises him, and that his supporters will imbibe something of the integrity of Malcolm X, when he exposed Elijah Muhammad for sexually exploiting Muslim women. I hope the quam to which I belong will learn to concern itself with justice and rehabilitation of Muslim women who have survived rape, instead of merely defending Muslim men against the state; for without any consistent means of support and solace, rape survivors are forced to fend for themselves while enduring a heavy burden of silent suffering. I also hope that my testimony will protect other women from being similarly exploited by men who assume that they are infallible. 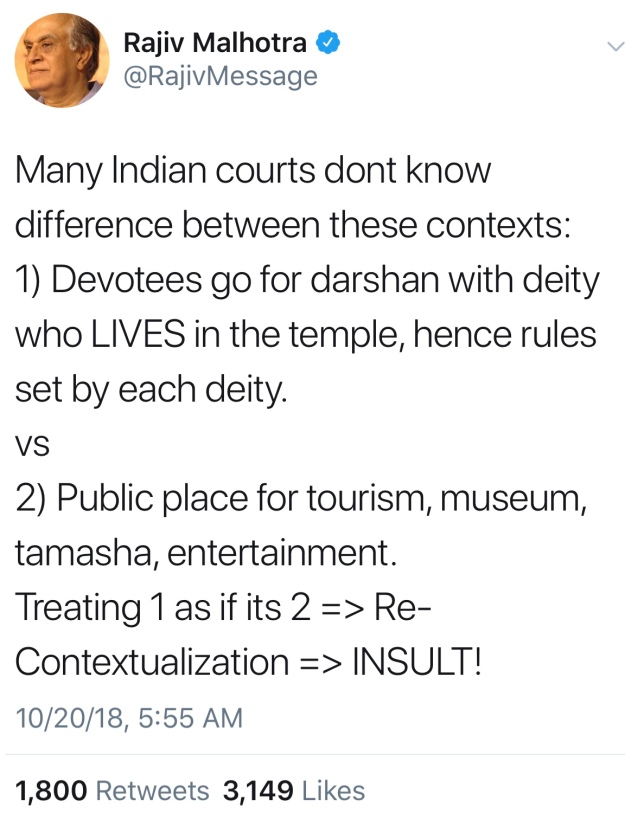