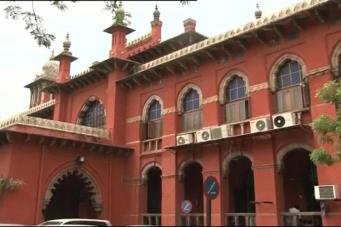 The Bar Council has given the advocate-couple 15 days to respond to the charges while communicating this order to the Registrar General of the Madras High Court.

Overtaking the car of a high court judge and squabbling with his driver has proved costly to an advocate-couple.

Tamil Nadu Bar Council has suspended the licence of the duo pending their explanation on the ground that they indulged in gross professional misconduct.

“Whereas a necessity has arisen in public interest to place both of you under interim suspension of practice prohibiting you to practice in any court or tribunal or quasi-judicial tribunal within the territory of India until further orders to protect and uphold the confidence and faith of the people on the hon’ble judges and judiciary,” stated the order.

The Bar Council has given the advocate-couple 15 days to respond to the charges while communicating this order to the Registrar General of the Madras High Court.

“If no suitable explanation is received within 15 days from the date of receipt of this order, the matter will be referred to the disciplinary committee for enquiry under Section 42 of the Advocates Act, 1961,” read the order, maintaining the proceedings may be initiated if the response is not received.

The order was passed on a complaint received by the personal security officer (PSO) of the HC judge.

According to the complaint, on July 30, advocate Thirumathi L Shika Sarmadan was in a car driven by her husband S Sahul Hameed, who is also a lawyer.

Hameed allegedly forcibly overtook the car in which the HC judge was travelling and stopped in front of the vehicle to scold the driver.

The complaint added that three days later, the couple showed up at the judge’s official residence and rapped up the driver once again in filthy language.

“The conduct of both of you as set out in the complaint dated 04.08.2018 given by the PSO of the hon’ble judge of Madras High Court is not only shocking but would prima facie, amount to gross professional misconduct,” said the Bar Council’s notice to the lawyer-couple, demanding their explanation.
— Read on www.news18.com/news/india/advocate-couple-suspended-from-practice-for-overtaking-hc-judges-car-squabble-with-driver-1842221.html