A married woman runs away with her paramour. Her parents claims she is missing, then claim she is dead, identify some other body as that of their daughter and also cremate that body (meaning burn that evidence) !!

All wake up when the woman is traced to her “paramour” / “lover’s” place and police find her !!

What about the burnt / cremate woman ??

What about the poor dad (husband’s dad) who was arrested ??

what about justice for men ??

Noida authorities were alerted about a woman’s burnt body lying on the FNG Expressway road in Sector 115. A day later, Raj and Sarvesh Saxena claimed the body as their missing daughter Neetu’s and performed the last rites. Neetu had gone missing from her house on April 6, in Noida.(Sunil Ghosh/HT Photo)

When Raj and Sarvesh Saxena performed the ‘last rites’ of their 25-year-old daughter Neetu they were shattered. The couple told the police they suspected Neetu’s estranged husband Ram Lakhan had murdered her. Their allegations set the police on the ‘murder’ trail, which revealed a case of wrong identification and ended in Neetu’s return to her parents.

On April 24, Noida authorities were alerted by a passerby about a woman’s burnt body lying in a sack on the FNG Expressway road in Sector 115. A day later, Raj and Sarvesh — whose daughter had been missing for 18 days — were called in for identification. The family claimed the body as Neetu’s and performed the last rites.

“The legs and hands of the body were very similar to that of our daughter. The texture and length of hair were also similar. The face was burnt badly and the body was badly decomposed, so we thought that it was Neetu,” said Raj.

Sarvesh had lodged a missing complaint with the Phase 2 police station after Neetu went missing on April 6 morning.

The family alleged that Neetu’s husband Ram Lakhan had a hand in her murder. The couple had been living separately for the last three years following domestic issues.

On the allegations of Neetu’s family, police reportedly detained her father-in-law Ram Kishan and traced Lakhan. However, during the questioning police realised that Lakhan and his father were not involved in the alleged murder.

Police then asked Neetu’s family to identify people who frequently visited their grocery shop but had not been showing up since Neetu’s disappearance.

They narrowed down on a man named Pooran who used to visit the shop regularly for cigarettes but had not been coming for a few days. When Pooran visited after three days, Neetu’s parents grilled him.

“We questioned Pooran about his disappearance but he gave vague answers. We developed doubts about him. The same night, we saw that Pooran who lived in the same lane was leaving with his baggage. We immediately informed the police,” said Sarvesh.

Neetu’s family members said the police allowed Pooran to go after the first round of questioning. However, he was later caught in Etah where he admitted that Neetu had been living with him.

“Pooran told us that Neetu was living with him in Etah. By the time we picked him up, Neetu had already left for Bhangel from where we brought her back. She told us that she had a heated argument with her parents on April 5 after which she decided to leave the house. She knew Pooran as he was a regular customer at the shop and went to live with him by choice,” said Satendra Kumar Rai, station house officer, Phase 2 police station.

Meanwhile, Neetu’s family members said they requested the police to do DNA test to confirm if the body was that of their daughter. “We had asked the cops to do the DNA test and also to check her fingerprints with the help of her Aadhaar card but both the requests were turned down,” said Raj Saxena, mother of Neetu.

There have also been discrepancies in the version of police officers about when and where Neetu was found. She was handed over to her parents on the evening of May 2.

Sector 49 police is now trying to find out the true identity of the body that had been wrongly identified as that of Neetu. Neetu has told the police that she was not forced by Pooran or anyone to leave her house.

She added that Neetu had left for Bareilly with her sister and brother-in-law. Attempts to reach Neetu for a response went unanswered.

When asked that why the police pursued investigation even after the other body that was identified by Neetu’s family as that of their daughter’s on April 25, Rai said,“The parents had alleged that their daughter was killed by her husband and father-in-law. Since there was a burnt body and it was not a natural death, the case had to be brought to its logical conclusion. That is why our investigation was on.”

13 year old girl files rape case against father under influence of relative, he consumes poison and commits suicide, not able to bear public humiliation. Case from a small village in Bhiwani, Haryana 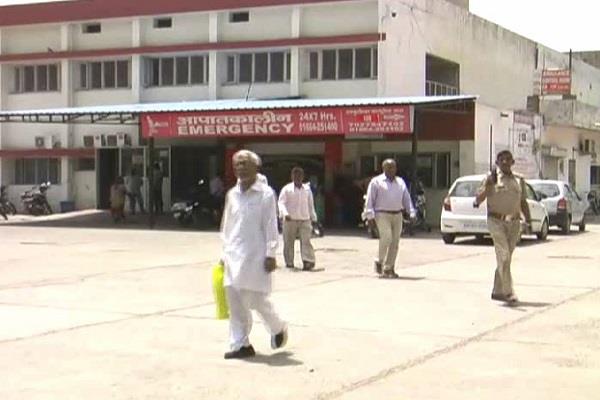 Representative image
NOIDA: A woman was arrested on Thursday for murdering her husband with the help of two accomplices two years ago in Salarpur village. The accused has been identified as Kanti Devi. One of her accomplices, Jitendra Kumar, has also been arrested.
Arun Kumar Singh, SP (city), said that on December 16, 2015, police had found an unidentified body in Phase II area. They registered an FIR and sent the body for a post-mortem and reports revealed he was strangulated to death.
On December 22, Kanti Devi filed a missing complaint saying her husband, Mintu, had been missing since December 13.

In October 2016, Mintu’s brother suspected Kanti’s role in the murder as she was not sharing even basic information about her husband. The woman fled her Noida home fearing the police would arrest her.

On Wednesday, the police received information that the woman would be meeting someone in Salarpur area. A team conducted a search and detained Kanti and Jitendra from the spot.

During questioning, Kanti revealed that she had murdered her husband with the help of Jitendra and a distant relative, Alok Dikshit. The woman had extra-marital affair with Dikshit and Mintu had objected to it. The trio then hatched a plot and killed Mintu and dumped his body in a drain.

In this case the wife / ablaa nari, the diya of the house, lodged an F.I.R. against her husband and other in-laws’ family members and accordingly, Bhubaneswar Mahila P.S. Case No.347 of 2015 was registered under sections #498A/#Ipc417/#ipc342/#ipc494/#ipc506/#ipc34 of the Indian Penal Code read with section 4 of the Dowry Prohibition Act..

Husband being scared of his job (bank employee) agreed to a “#settlement”, meaning payment of huge sums of money, as alimony even though the abalaa nari, so called #victim #wife is also an #educated lady and she is working as Asst. #Manager in #Andhra #Bank at Power House Branch, Bhubaneswar !!

However it seems that wife’s advocate cheated her , did NOT get her the expected INR50,00,000 (INR 50 lakhs, – INR 5 million) and also issued a notice dt 20.05.2016 to the wife / so called victim wherein it is indicated that she had promised to give 10% of the amount of permanent alimony which she would get and therefore, she has to clear Rs.2,20,000/- (rupees two lakh twenty thousand) within fifteen days of the receipt of the notice !!!!

In summary and after a lot of allegations and counter allegations the advocate is told that such, cut / share is illegal and so he is denied bail !!

IN THE HIGH COURT OF ORISSA: CUTTACK

An application under section 438 of the Code of Criminal Procedure in connection with C.T. case No. 2702 of 2016 pending in the Court of S.D.J.M., Bhubaneswar.

State of Odisha ……… Opposite party

Accordingly, the ABLAPL application being devoid of merits, stands dismissed.